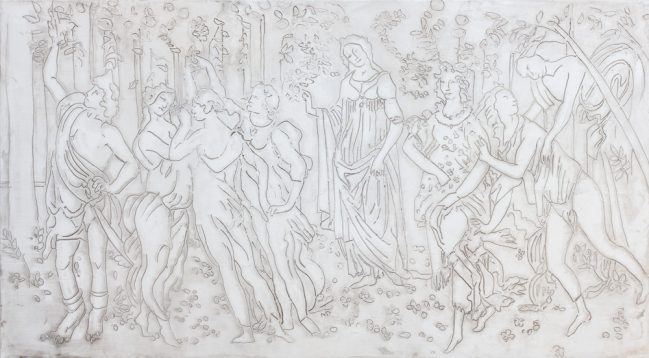 Most critics agree that the painting, depicting a group of mythological figures in a garden, is allegorical for the lush growth of Spring. Other meanings have also been explored. Among them, the work is sometimes cited as illustrating the ideal of Neoplatonic love. The painting itself carries no title and was first called La Primavera by the art historian Giorgio Vasari who saw it at Villa Castello, just outside Florence, in 1550.

Since 1919 the painting has been part of the collection of the Uffizi Gallery in Florence, Italy.

We took the soul of this master piece and interpretate it in our way, according the Iguarnieri tecnique, was born the White Spring.